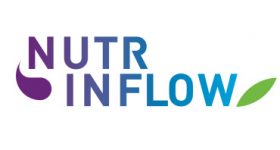 Environmentally friendly and satisfactory amelioration systems for farmers is one of the main cornerstones of reducing eutrophication in the Baltic Sea – in 23 to 24 November of 2016 at the conference held in Bauska found out more than 60 participants, mainly scientists and farmers from Latvia, Estonia, Finland and Sweden.

“Fugitive pollution from agricultural land across the Baltic Sea region is one of the most important reasons for marine eutrophication. Exposure of nitrogen and phosphorus compounds to the sea has contributed to its “death” over the last decades” says Ari Kultanen, Project Manager of the Finnish Agricultural Organization ProAgria. He also emphasizes that in this situation, a modern and all-embracing approach is needed: drainage facilities must be capable of both nutrient detention and de-drainage, but they can not occupy a disproportionate amount of space on agricultural land. “The NutrInflow project, jointly implemented by Latvia, Finland and Sweden, focuses on developing principles and creating pilot areas – our goal is to create internationally recognized and modern drainage systems that will significantly delay the outflow of nitrogen and phosphorus compounds at sea,” says Kultanens, emphasizing that the quality of the Baltic Sea environment begins already in our homes and in the countryside.

As Ainis Lagzdins, professor of Agricultural University of Latvia, concluded in his water quality studies, the complex effect is provided by the solutions, but after heavy rains they are not always able to completely withstand the nutrient leached from the field: “The data obtained at Vecauce monitoring station show that a day or two after precipitation increases water flow and hence also the concentration of phosphorus and nitrogen. ”

A.Lagzdiņš emphasizes that the regulations of the Cabinet of Ministers describe various types of buildings – sedimentation basins, two-stage ditches, rock stacks, meandering, controlled drainage and artificial wetlands – but the important par is that these elements must be combined to achieve better results.

This approach was implemented by Mārtiņš Cēsnieks, who presented the drainage systems developed by farm “Vilciņi”. ” Ditch, which has a total length of 3.2 kilometers, uses a sedimentation pool, rocky funeral, shallow water with reed and meandering.” According to calculations, the construction of such a system holds up to 95% suspended particles and purifies 30-40% of nitrogen and phosphorus runoff , while improving the living conditions of many plant and animal species. “But the biggest benefit of farmers is the reduced impact of floods, optimal humidity fields and improved environmental quality,” concludes M. Cēsnieks.

In the territory of Latvia, the Lielupe catchment area has been selected. Five potential system building sites have already been selected in the Ailes stream for the demonstration. “The reality of farmers today is that drainage systems are worn out, the climate is becoming more extreme – excessive evaporation is more than 250mm, but environmental requirements are tightening,” explains Maira Dzelzkalēja-Burmistre, chairwoman of the Farmers’ Parliament. She concluded that there is still a lack of knowledge and understanding of the relationship between human behavior and the sea, however, the current activities in NutrInflow pilot areas are promising and mutually beneficial solutions have been found.

Similarly, Sodītes stream in Jelgava district is selected as a pilot area in Latvia. An inventory and research of drainage systems have already been carried out, the most appropriate construction project is being developed in order to begin construction works in 2017. According to Ingars Rozitis, the drainage inspector of the municipality of Jelgava, in order to promote awareness of the role of every individual in cleanliness of the sea, educational activities are carried out with pupils from Aizupe primary school in Jelgava district. “There are also drowning organisms involved in water treatment. Aizupe Elementary School is one of the most active schools in the region, and its students have become the “Ambassadors of Sodītes river” and have begun to explore the biodiversity of the surrounding environment thanks to this project “, I. Rozītis.

The conference was organized as part of the activities of the Central Baltic INTERREG IVA project “NutrInflow”. Similar conferences will take place in 2017 and 2018 in Sweden and Finland. “For us – the Nordic countries – the Baltic Sea is a unifying element, and it is increasingly suffering from eutrophication. We need to preserve the values that we have given to the next generation of clean and unpolluted sea. Together we have a clear vision – the NutrInflow activities are already providing a contribution and will further contribute to the recovery of the Baltic Sea in the future and will serve as a boosting point for better environmental protection! “Sigita Shilvjane, project manager in Zemgale Planning Region, concludes.

All conference materials at the Bauska Castle can be found on the website of the project:

In the NutrInflow project, three countries have been cooperating – Latvia, Finland and Sweden, besides the pilot territories in the Lielupe catchment area have been developed by leading specialists not only from the Zemgale Planning Region, but also from the Farmers’ Parliament, LU and Jelgava Municipality.